Loving Kindness in Action at the Oscars 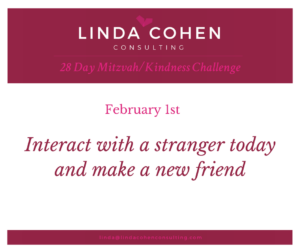 In February, I invited others to join me in a 28-Day Lovingkindness Challenge. I posted on social media daily ideas for ways we can engage in kindness. If you didn’t see these suggestions, you can find them all here on the 1,000 Mitzvahs FB page. Some that really resonated with others were February 5th, Call someone you’ve been thinking about but haven’t spoken to in a while. Reconnect. February 13th, Acknowledge a widow/widower with a surprise for Valentine’s Day. February 16th, Lighten someone’s load today.

All of the ideas are evergreen so perhaps you’ll find one that moves you today.

If you were tuned in last Sunday night to the 89th annual Oscar awards ceremony, you witnessed an unprecedented and beautiful example of lovingkindness in action.

It occurred when Jordan Horowitz the producer of LaLa Land realized that there had been a mistake and his movie hadn’t received the best picture award he called up to the stage the Moonlight producer to accept his rightful award. He did it with incredible grace and ease. One can only imagine the emotions he might have felt in that very difficult moment of reality. It was an opportunity for all of us to witness an unbelievable act of lovingkindness in real time in front a live audience and millions of television viewers.

Last summer, during the Olympics in Rio, we were witness to another example of a lovingkindness. When New Zealand Distance runner Nikki Hamblin and US runner Abbey D’Agostino collided during the 500 meter race, D’Agostino pulled her fellow Olympian up to her feet. She chose to help another athlete, someone she didn’t even know, despite the fact that it meant losing her own chance at a medal.

When the two competitors finished the race dead last, they embraced before D’Agostino was wheeled off the track for medical attention.
Life offers us opportunities to act with grace and ease and when we as human beings are allowed to witness that in others it can be a powerful reminder. People are good. They want to do the right thing. Given the opportunity they do. Keep looking for the lovingkindness in others and do some of your own today too!